Podravka opened a factory in Tanzania

Today Podravka opened a factory in Tanzania, its first factory in the grand market of Africa, in line with the company internationalization strategy. The factory Vegeta Podravka Ltd Tanzania in Bagamoyo, a region in Tanzania with special focus Tanzanian Government for investments and industry development, was ceremoniously opened by the Tanzania Minister of industry, trade and investment Charles Mwijage as the personal ambassador of the Prime minister Kassim M. Majaliwa and Podravka Management Board member Olivija Jakupec, with the presence of numerous guests.

Investment into Podravka's new factory in Bagamoyo, of total surface 17.000 m2, is worth about EUR 4 million, and the factory was built and equipped within a year and a half. It will employ 20 workers, and by opening of the factory indirectly 200 jobs is created.

Podravka started analysing the potential of the African market in 2014 through markets analyses, their trade structure, competition in various parts of Africa where economic growth and growth of standards is recorded. Apart from traditional trade, Africa also develops modern sales, so many large chain stores are opened.  Tanzania imposed as the most favourable to start business in this market, due to its position, infrastructure, economy growth, but also its membership in trading associations.

Analysing consumer habits, accepting trends, food preparation tradition and legislature, a potential range of possible products was selected, and it was subjected to all the tests, tastings and registration procedures.

„As the factory was being built, we already started selling some products which we imported from Croatia. We also started various marketing activities in order to present the products and their application to potential consumers. Our products are available in all the modern chain stores and shops in Tanzania, and the challenge for us is to launch our products in traditional chain stores so that they be available to all the inhabitants of Tanzania. A wide range of products is now also available in Kenia, Zambia and Uganda. We are convinced that in the near future Podravka's products will find their place in many households around Africa – Olivija Jakupec, Podravka Management Board member said.

On this occasion, Tanzania Minister of industry, trade and investment Charles Mwijage, thanked Podravka representatives for choosing Tanzania as the country of their investment on African market. He emphasized that such a factory as Vegeta's is could serve as an example to all the other investors, because high standards have been achieved, using joint knowledge and expertize of Podravka as the investor and local construction and building companies.

Compliant to the strategy of a socially responsible company, Podravka always helps the community in which it does business. So Vegeta Podravka Ltd Tanzania donated school tables, public street lighting and TZS 25,000,000 (10,500 Euros) to the earthquake victims in of the Kagera region.

Podravka Group is a Croatian multinational food processing company, with branch offices in 24 countries of the world and own products present on more than 60 international markets. 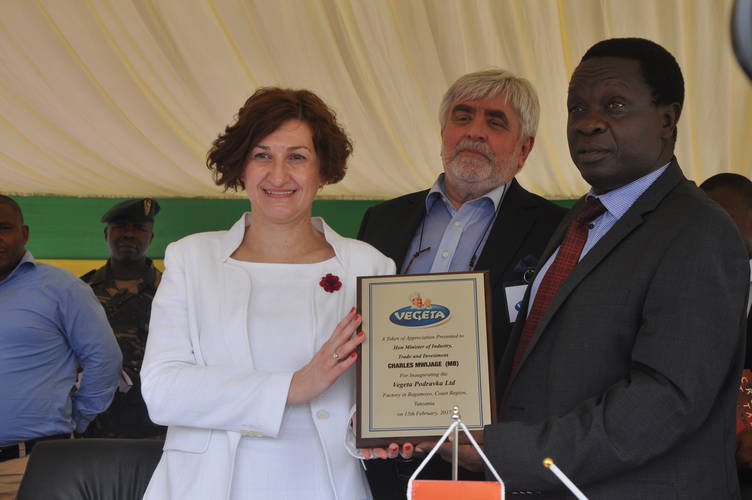 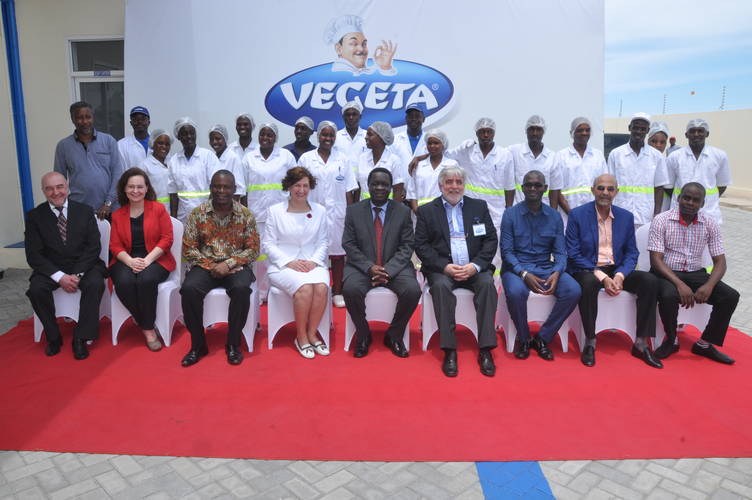