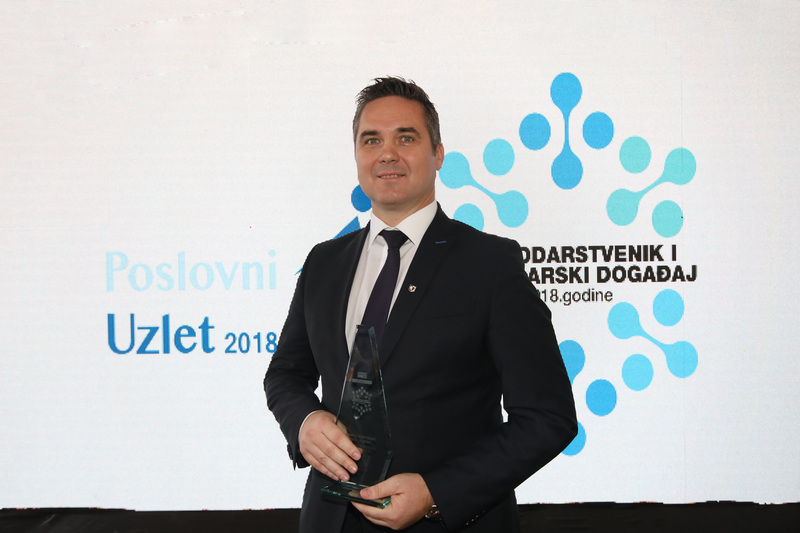 „Once a Podravka person, always a Podravka person!” are the words that Marin Pucar, as the President of the Management Board of Podravka used to say in his always emotional addresses to his Podravka fellows. They were not just words. Every day, with every decision, activity, project, meeting or socializing, he demonstrated how much of his knowledge, enthusiasm, experience and heart he incorporated into the “company with a heart”.

Marin Pucar graduated from the Faculty of Economics, University of Zagreb, and completed postgraduate scientific studies in the Marketing Theory and Policy at the same Faculty. He continued his education and, among other things, in 2020 completed his doctoral Management study at the Faculty of Economics in Osijek on the topic "Strategy for managing brand expansion in the Croatian food industry".

Significant business experience, continuous education, leadership skills and incredible energy, led Podravka under his leadership to the best results in its more than 70 years of existence. This was recognized by the business community, so in addition to the numerous functions Marin Pucar held, including the position of the Deputy Chairman of the Board of the Croatian Chamber of Commerce, in September 2020 he was elected the President of the Croatian Employers' Association.

On behalf of all his Podravka fellows, we express our sincerest condolences to the grieving family and friends.

Thank you, our President, for everything from the bottom of our heart, the real Podravka heart which you have always proudly emphasized.