Kosovo is an intriguing place full of surprises and contrasts that have always attracted the neighbours, therefore, it is not surprising where its impressive culinary traces derive from. Podravka has positioned itself in Kosovo as the market leader in soups, food seasonings, children's food and meat products.

Through the sale of a large portfolio of products Podravka has been present on the Kosovo market for many years, and the representative office was registered January 1, 2005.

We continuously aim to spread our product portfolio in Kosovo, because Podravka has positioned itself as a leader on the market of soups, food seasonings, children's  food and meat products. 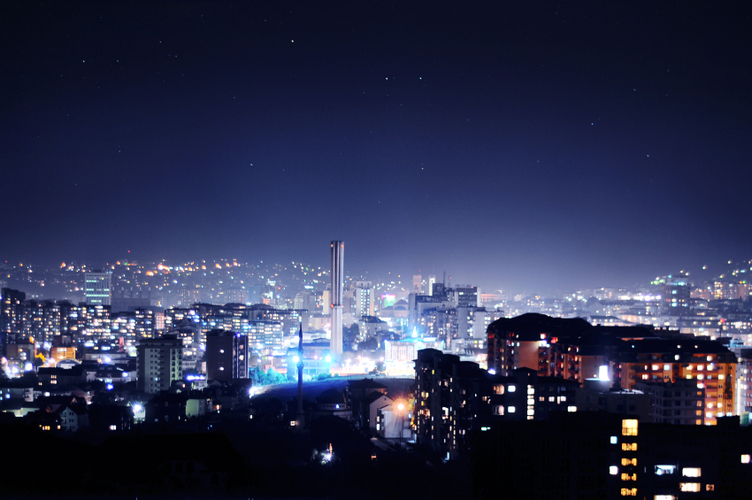 Kosovo covers the central position of the Balkan Peninsula, bordering Serbia in the north and east, Montenegro in the northwest, Albania in the west and Macedonia in the south. The country covers an area of 10,908 km2 and has a population of about 1.8 million. The capital is Priština and other major cities are Peć, Prizren, Kosovska Mitrovica and Gnjilani. The geographical position of Kosovo defines it as a link between Central and South Europe, the Adriatic and Black Sea.

The climate is continental and mountain landscape prevails. Kosovo is characterised by rich water fauna such as freshwater trout, eel, catfish, carp, chub, pike, river crabs and other, and hunting tourism is very popular in the forests of Lipovica and Kleck near Lipjani.

Kosovo has always had a stormy history: as part of the Roman, then Byzantine and Bulgarian empires, from mid 15th century within the Turkish empire up to the First Balkan War. From 1912 Kosovo is a part of Serbia and from 1918 a part of the Kingdom of Serbs, Croats and Slovenians, respectively the Kingdom of Yugoslavia and the Socialist Federative Republic of Yugoslavia. In 1963 Kosovo was granted the status of an Autonomous Region of the Republic of Serbia. Since 1980 Kosovo has undergone a long period of political instability, economic crisis and nationalistic riots.

The Kosovo assembly proclaimed the nation’s independence on 17 February 2008, and it has since been recognised by over 100 countries around the world.

Traditional food of high nutritional value is eaten in Kosovo. Typical Kosovo dishes are made from potato, beans, peppers, meat, dairy products, legumes, rice and pastry. The food is primarily prepared by roasting not boiling.

Although "burek to go" is not rare even in Chicago, everyone knows where to find the best burek. Flija is another speciality characteristic for Kosovo, made by placing layers of pastry not thicker than pancakes from the end of the pan towards the middle. Layers are brushed with cream, fat and oil, and flija is served with kaymak, cheese, yoghurt or honey and baking it under the «peka» makes it even better. Mantija is made from pastry like burek, filled with meat and shaped into little cushions. Krelane is a simple pastry pie without filling. Cheese, vegetable and mainly spinach pies are made from 2 layers of pastry and filling. Along with pies, a typical dish of Kosovo is pogača, both often made from corn flour.

The already mentioned dairy products are a part of the everyday menu. Milk, yoghurt, cheese, spreads and kaymak is what you should try in Kosovo. Cheese is best preserved in salted water. These are mostly soft cheeses like sheep cheese, but the famous Šarski cheese is also preserved like that, ripped by hand into ca 4-5 cm long pieces of irregular shape, covered with salt and smoked for a couple of days to harden, like Parmesan, and after that left in salted water with a few dill leaves. The result is a hard, salty and high-fat cheese of top quality.

Due to the harsh continental climate, vegetables in Kosovo are seasonal. Vegetables flourish mainly in summer, while turšija, pickled vegetables, for example peppers sometimes stuffed with cheese, cabbage, cucumbers and green tomato are served throughout the whole year. Turšije are eaten as a side dish or salad.

Main meals are pies, burek, kebab, sausages, mainly lamb, stuffed peppers and other dishes made from peppers, beans, sarma with wine leaves and supplemented with yoghurt from sheep's milk, and other dishes. Another dish worth mentioning is burjan – spinach with rice baked in an oven with pieces of lamb.

Kosovo desserts consist of pastry and sherbet, i.e. cooked sugar topping with vanilla or lemon flavour. There are also baklava, tulumba, taspishte, but also shequerpare, sweet hard coins made of pastry with sherbet topping and gorabije similar to shequerparema, but without sherbet.

After an abundant meal you can round it with an apple, cherries, plums, pears, quince, grapes, water melons or wild berries.

Meals are accompanied with fine beverages. We already met boza, fermented corn flour juice, in other cultures. Russian tea is also specific for Kosovo, prepared in two teapots, placed one above the other. Boiling water is in the lower pot and a strong tea concentrate is in the upper one heated by the steam coming from the first teapot. Tea is served in small tea cups, ca 100 ml, with sugar, a little concentrate and lemon, as desired.

After a full meal, refreshment can be found in lemonade or a drink based on fruit syrup for which the most distinctive is the one made from rose petals.

Alcoholic drinks are consumed in small amounts, mainly beer of which the most famous is Pećko, Kosovo grape brandy, wines of which the most represented are red wines: merlot, teran, Burgundy. Famous wines come from Rahovec near Prizren and the area of Đakovica and Peć well known by vineyards and orchards.