Supervisory Board appoints Ph.D. Martina Dalić as the new President of the Management Board of Podravka 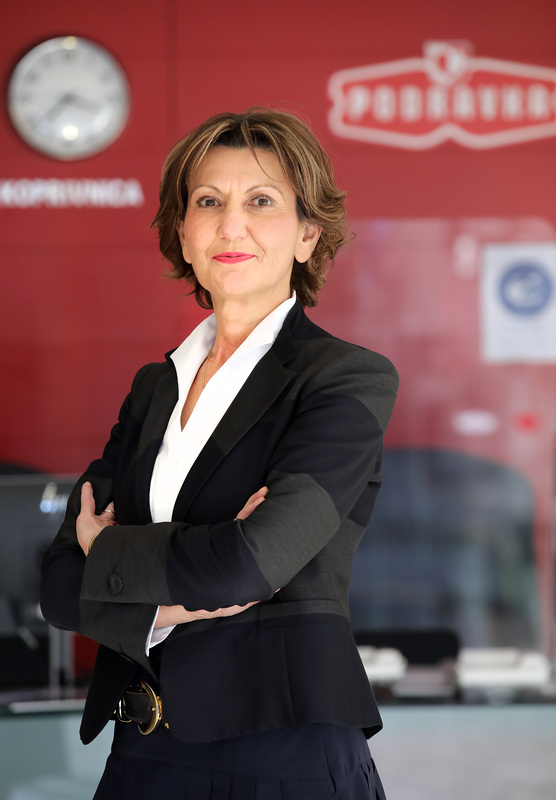 “I believe that the President of the Management Board, Martina Dalić, with her wealth of knowledge and experience, will help Podravka to maintain and advance its current continuity and successful development. The Podravka Supervisory Board expects the Management Board, headed by the new President, to continue the positive operating trends, with an emphasis on organic growth, and further advancements of operations both on the domestic and on numerous international markets where Podravka is present,” stated Želimir Vukina, the President of the Podravka d.d. Supervisory Board upon completion of today’s session.

“Podravka is one of the most important Croatian and regional companies, and today’s decision by the Supervisory Board on my appointment as the President of the Podravka Management Board is a great honour, and a huge responsibility. It is due to that huge responsibility that I wish to state that I have accepted this duty only after all the key stakeholders in Podravka – the State and the Pension Funds – confirmed that their shared goal is the development of Podravka, as an even greater and stronger Podravka. Personally, I am certain that this shared goal of the largest stakeholders is also the desire and expectation of Podravka employees and all Podravka men and women, the local community and its business partners. With the excellent team and the long tradition of this company, I am certain that together we can achieve this goal. It will be a great honour to contribute to making this happen. I would like to thank all the members of the Supervisory Board and all stakeholders on the confidence they have entrusted in me. I thank the Government of the Republic of Croatia as the largest individual shareholder, and the Prime Minister Andrej Plenković for their confidence and support,” stated Ph.D. Martina Dalić, President of the Podravka d.d. Management Board, following her appointment.

In 1991, she started her career as a junior researcher at the Faculty of Economics, University of Zagreb where she remained until 1995 when she joined the Ministry of Finance as a department head. From 1997 to 2000, she served as Assistant Minister of Finance for macroeconomic analysis and forecasting. In April 2000, she left the Ministry to join Privredna Bank Zagreb as its chief economist, where she remained until January 2004 when she rejoined the Ministry of Finance as a State Secretary. In October 2005, she was named State Secretary in the Central State Office for Development Strategy and EU Fund Coordination. In March 2008, she was appointed Chairperson of the Management Board of Partner Bank Zagreb. She remained in this post until December 2010 when she was named the Finance Ministry, and in December 2011 she was elected a Member of Parliament and served in this capacity until July 2015. In August 2015, she became a standing advisor for the Public Finance Management in the International Monetary Fund, where she remained until October 2016, after which she was appointed Vice-president of the Government of the Republic of Croatia, and the Minister of the Economy, Entrepreneurship and Crafts.

From March 2005 to May 2012, Dr. Martina Dalić also served as the deputy chief negotiator and as a negotiator on the negotiation team for the accession of the Republic of Croatia into European Union membership.

In her formal education, Dr. Martina Dalić graduated in economics from the Faculty of Economics, University in Zagreb in 1990, and she received her Master’s degree from the same Faculty in 1994. In 2010 she enrolled in the doctoral study programme at the Faculty of Economics, University of Split, and in 2012 successfully completed the programme and obtained her Doctorate in the field of economics.

She is author of numerous expert and scientific papers.