Kofola and Podravka signed sale and purchase agreement for Studenac 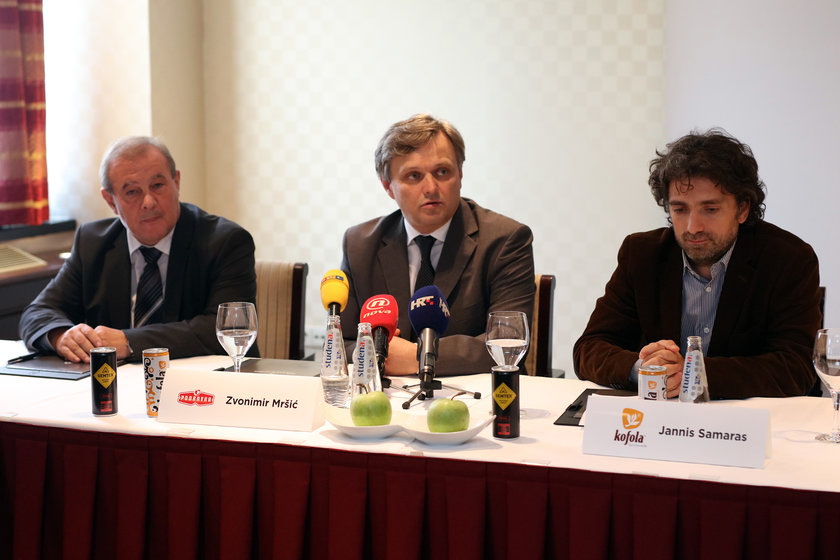 ZAGREB, 20. of September 2016 - Kofola ČeskoSlovensko, one of the leading European soft drinks producers and distributors, and Podravka Inc, Croatia signed Sale and Purchase Agreement (SPA) for acquiering business share in Studenac Ltd. producer of traditional mineral water brand. This latest business decision will further strengthen the position of Kofola ČeskoSlovensko in the Adriatic region. After agreed preconditions have been met and employee's contracts transferred to Studenac Ltd., Radenska Ltd. will acquire business share in Studenac, which shall happen till the end of this year.

„Podravka's operations are based on business programs with international perspective and considering that this business program is locally oriented, we have decided to disinvest the beverages segment. We have carefully started the process of selecting a company with serious intentions to advance the current business operations of the stated program, taking into account the employees rights in the process. I am pleased to announce that we have found such a partner in the company Kofola ČeskoSlovensko, and the process of beverages disinvesting is hereby successfully concluded” – Podravka Management Board president Zvonimir Mršić said.

After divesting of the beverages business by the end of the year 2016, Podravka Inc. will continue to develop food and pharma portfolio directing additional resources for internationalisation of the main brands in alignment with the Company strategy. Further on, by choosing Radenska Ltd., as reputable producer of soft drinks and mineral water in the region, and part of the Kofola group, Podravka showed care about future production and safe work places for all employees in Lipik with protection of their rights granted under Collective Agreement of Podravka Group for the next period of 18 months.

Jannis Samaras, CEO of Kofola ČeskoSlovensko, stated: „We are pleased to reach this agreement,which marks a significant step in further growth of the Kofola family. Studenac has everything we ask for in brands; rich history and customers who are emotionally attached to them. Studenac also needs revitalisation and that is something we do best.”

Kofola ČeskoSlovensko is one of the leading European soft drinks manufacturers with eight manufacturing plants, employing 1900 people in Slovakia, Czech Republic, Slovenia, Croatia and Poland. Kofola is known for its positive relationship toward and respect for local brands and local culture and has brought new life to many brands of non-alcoholic beverages in the aforementioned countries.

Šimo Orešković, union president of PPDIV (Union of employees in agricultural, food and tobaco industry) concluded that with this agreement a social clause was created, which will guarantee jobs for the workers. „It implies more rights than included in our Labour Act. Transfering rights from the Collective agreement applies to 18 months period, and we as a union will be constructive in negotiations with the new Management Board“.