“It makes you melt with joy!" is a campaign promoting Podravka cranberry flavoured fruit tea!

The print campaign with the adorable Snowy who melts of joy drinking his favourite Podravka cranberry flavoured tea, was launched on 21 January and lasts until 14 February 2008. The print campaign covers the most widely read women’s monthly and weekly magazines. 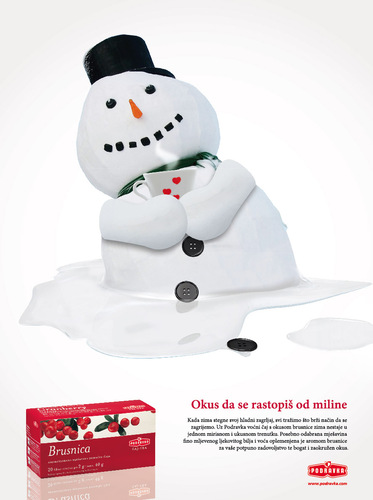